What products did car companies enter the electric bicycle and scooter market with?

Last November, we shared with you why car companies are focusing on the production of electric bicycles and scooters. Car manufacturers, particularly BMW, VW, GM, Audi, https://stylestimes.com/wp-content/uploads/2020/01/peugeot.html, Skoda and SEAT, have been clearly aware that consumers have been turning to electric and two-wheeled vehicles for some time in urban transportation. To enter this market, let’s take a brief look at the products produced by car manufacturers who are advancing with partnerships.

We mentioned at the beginning of our article that giant car manufacturers are partnering with other companies for the production of electric bicycles and scooters. Ford has collaborated with electric bike manufacturer Pedego to produce its electric bike, the Ford Super Cruiser.

In addition to Ford’s electric bike segment, it is also active in the e-scooter market, which is expected to reach billion in 2025. In this context, it is worth remembering that the company acquired spin, an e-scooter venture, last year.

In May last year, BMW announced its partnership with urban mobility products manufacturer Micro Mobility Systems and introduced its e-scooter with a 150-watt engine in September 2019.

The BMW E-Scooter has a range of 12 km after two hours of full charge. The scooter is notable for being tripled with a locking mechanism, thus increasing its manoeuvrability and making it easier to store. The e-scooter, weighing about 8.9kg, is offered to buyers with a price tag of 799 euros (6).

Let’s also mention that Bicycles can be connected to the ARĪV app via Bluetooth. This allows drivers to easily view bike information such as speed, distance, battery level. In addition to the front and rear LED lights, the ARĪV also features a smartphone slot with an integrated USB port. This allows drivers to charge their phones while they’re on the go.  In addition, arĪV models have a “walking mode” that uses the engine of the e-bike.

Volkswagen first introduced its concept scooters at the Geneva Auto Show in March 2019. Streetmate stands out as a tool between cycling and kick scooters, while the Cityskater is designed with shorter journeys in mind

First, let’s talk about Streetmate. The 70-poundscooter has a 2.7 horsepower engine that allows it to reach speeds of approximately 45 km/h. The 1.3 kWh battery can be charged in just over two hours, giving the scooter a range of about 60 km. Streetmate’s Bluetooth option allows users to position their own phones as a smart key, which can also be used as GPS and security alarms. From the smart screen on the scooter, users have access to battery life and speed information.

Volkswagen’s foldable 15-pound scooter, the Cityskater, has two front wheels and one rear wheel. Cityskate’s 0.2 kWh battery, which can reach speeds of up to 20 km/h thanks to its 0.5 horsepower engine, reaches 50 percent occupancy on an hour charge. Let’s add that scooter has a range of 10 miles. 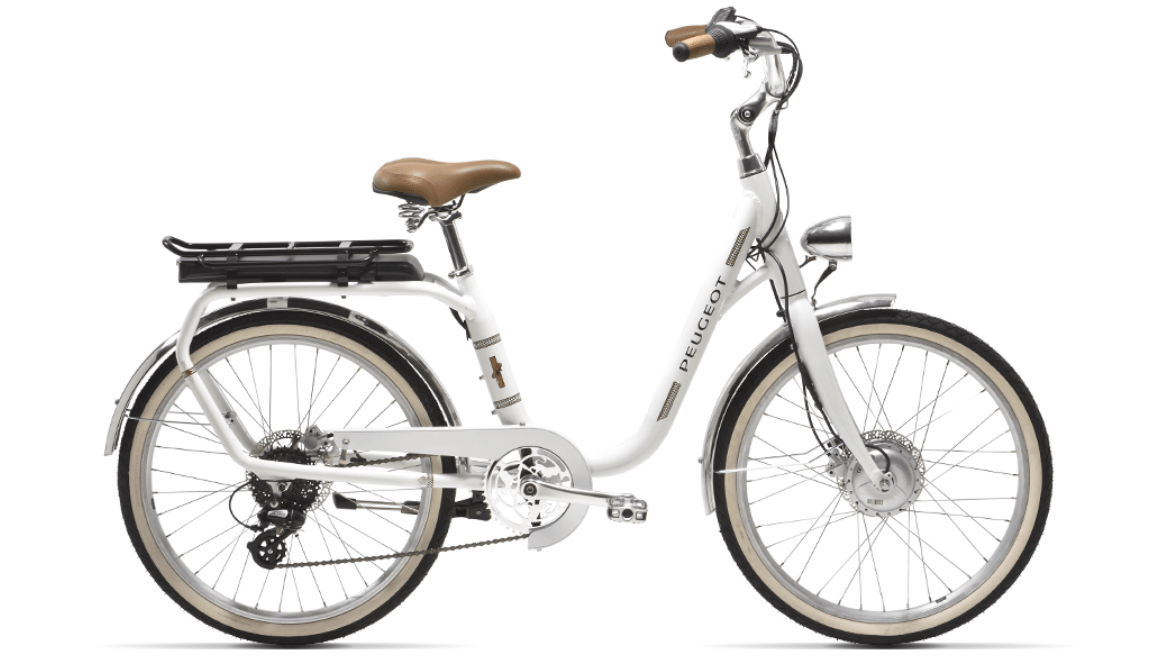 Https://stylestimes.com/wp-content/uploads/2020/01/peugeot.html’s 2010 electric bike eLC01 has a range of 30 to 70KM. The 22.3-pound e-bike has a 400-watt battery. Featuring retro lamps and an aluminum body, the eLC01 also adapts to technology with its LED display. The shelf at the top of the rear wheel, which can be placed in a bag, also acts as a USB port. The e-bike is offered to buyers at prices starting from 1,399 euros.